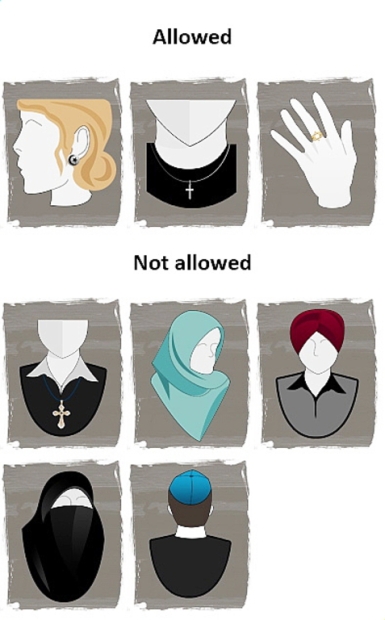 It's been dubbed ill-fated, chauvinistic, and intolerant, but Québec's recent decent into the realm of banning religious clothing by government employees is symbolically embellmatic of  power in a secular world. In 2013, provincial minister Bernard Drainville proposed a bill fraught with controversy over obvious discriminatory overtones.

Symbolically we might consider the right to express our religious beliefs through the clothing we wear, but apparently in Quebec, muslim women covering their heads has become such a threat to the pretense of an atheistic state that it requires a law to prevent the practice.

The comments to this entry are closed.